Don't Be Shy Send A Message

We are able to answer any questions you may have about our pig feed and how to order.

We are able to answer any questions you may have about our pig feed and how to order. 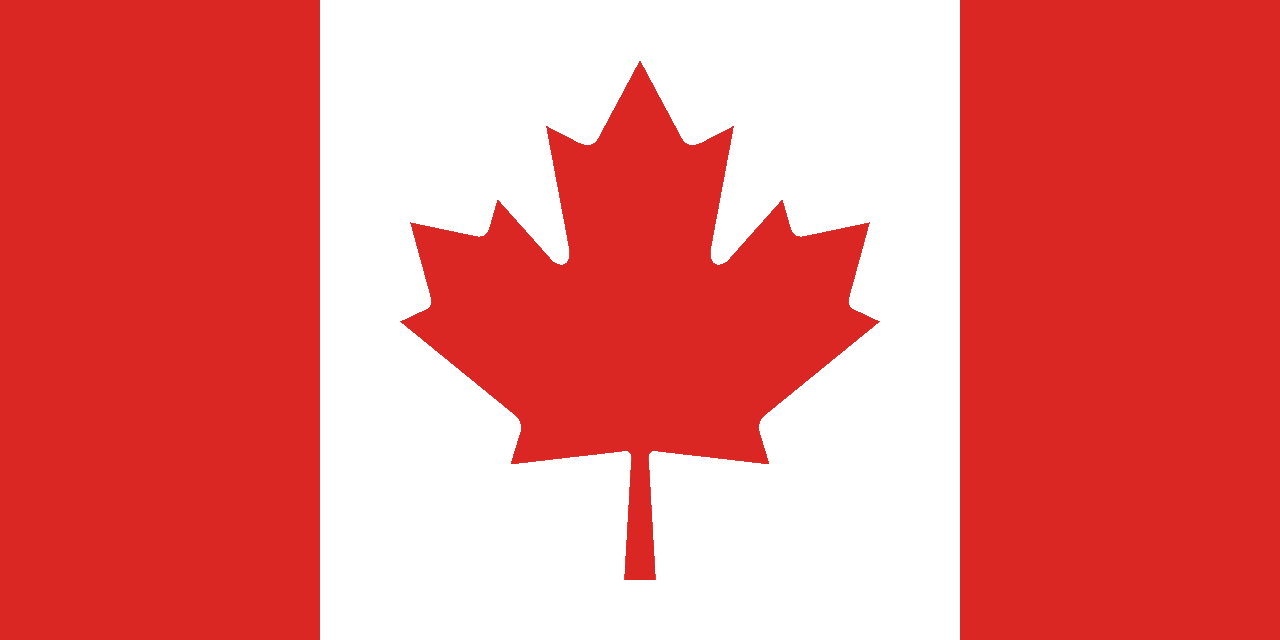 WHAT DO YOU MEAN WHEN YOU SAY YOUR FEED IS NUTRITIONALLY DENSE?

The simplest answer is that the feed we formulate is nutrient-dense so that animals generally eat less.  There are no fillers in the feed we make here, and every ingredient has to earn its place in the formula.

If we want our animals to eat less, the feed they eat needs to be more concentrated so that even if they only eat 3.5 oz. instead of 4.5-5.0 oz. they still get all the materials they need to build their body.  If an animal has to eat more to get enough materials to build and maintain the body, and she is eating a less concentrated feed, she is also getting a lot of plain old carbohydrates and indigestible fiber as well as the protein she needs. Then we have to be concerned about obesity, its effect on animal health and production, and waste.

Extra lysine or methionine, (essential amino acids) won’t hurt the animals or take up space; they are part of the feed’s usable protein content.  Extra fillers that take up space in an animal’s digestive tract can be a problem, and extra carbs that turn into fat can be a problem.  So I am confident that a high quality protein content is a good investment in nutrient density, and that way we’re also not dealing with all the extra volume of manure that fillers produce.  This is also true of most other animals with the exception of some special situations like rabbit nutrition.

There’s plenty of published information available on the requirements of pig nutrition and other animals that I take into consideration when formulating feeds, but a lot of what I rely on is focused more on making the feed the best it can be, rather than the least that will satisfy a requirement.

WHY ARE THERE PELLETS IN AN ALL NATURAL FOOD?

Before we built our feed mill I believed that whole grains were the best possible nutrition available for most animals. We did not expect to really use the pellet milling machinery that we bought with the rest of the old milling equipment. Our first couple of years we made “mash” feeds mostly, starting with whole grains and just chopping and mixing them. The owners loved the look of the feed and we all thought we were doing the best we could do to give the animals the freshest, most digestible feed possible. We thought pellets were just a way to disguise crummy ingredients, and since we intended to make a top quality feed we expected to have little use for a pellet milling system.

Now nearly 15 years down that road I have come nearly full circle on my views of pellets. I say “nearly” because there are certainly plenty of bad pellets out there, and it is also true you can’t tell if a pellet is made of good or bad materials unless an animal simply won’t eat it or does poorly on it. When buying in raw materials for our mill grain brokers have often offered us grain dust pellets in truckload lots. We don’t buy them, but a lot of mills do, and those are pellets that are literally junk from the bottoms of bins and railcars.

I like to make pellets now because we still start with whole grains. They start out whole, they just aren’t whole anymore.  We simply hide the things that the animal needs but does not necessarily want inside the pellet and still have the freshest, most nutritious feed possible. Instead of just hiding grain dust and fillers like grass seed screenings, we can make a pellet with the exact same ingredients as a mash feed using whole grains instead of junk.

What we do hide is the vitamins and minerals…you know how nasty a bottle of vitamins smells when you open it and sniff? It’s unavoidable. Vitamins do smell bad. In a mixed feed, whether a chop, a mash or whole grains, the “micros” like vitamins and minerals tend to sift down to the bottom of the feeder. I don’t blame the animals for turning up their noses at it. I wouldn’t voluntarily eat vitamins if they weren’t in a human-type pellet (a pill) either.

What a pellet does that I like is that it cuts down on waste. Pellets all look the same so animals cannot sort out just the parts they like. That is not a big problem with pigs, who like pretty much anything they see, but it’s important when the feed gets bounced out of the feeder onto the ground. If it’s a pellet it is still recognizable as feed and they will still eat it.

There has been so much research investigating the relative digestibilities of whole versus processed grains it’s not even a question anymore, provided the grains you are working with are equal in food value and freshness. Processed junk is still just junk. But good quality materials that are ground, rolled, or otherwise sort of pre-chewed work better than whole grain kernels do. There are some reasons

That’s my take on it. Whole grains are the best ingredients, but they are not necessarily better in their unaltered form. Whole grains freshly milled into well-formulated pellets are the most efficient and cost-effective feeds for most farm animals.

IS “MINIMALLY PROCESSED FEED” BETTER THAN FEED MADE AT UNION POINT AND SHARP’S LITTLE PIG TOWN FEEDS? IS THE FEED’S NUTRITION DAMAGED BY THE EQUIPMENT?

On the contrary, it is improved.  Our equipment is specifically designed to mold freshly ground material into pellets using nothing more than pressure and low temperature steam.  When the pellets come out of the pellet mill you can comfortably hold them in your hand.  The temperatures throughout the processes stay well below boiling.  Although it is true that prolonged cooking can destroy vitamins in any food, our system ensures that your feed is at 100% of its vitamin level when it goes into the bag.  And our emphasis on freshness and clearly dated tags means your animals always get the nutrition you are paying for.  When making pelleted feeds, grain and other ingredients go from their whole form into finished product in a matter of minutes, and then are effectively re-sealed into pellets.  The pelleting process actually serves as a substitute for the seed coat by limiting surfaces that are exposed to oxidation and other environmental stresses.

WHAT IS LYSINE, AND WHY DO I CARE?

When I talk about crude protein levels in feed and how that relates to the efficiency and value of that feed I am enthusiastic, because if you understand this concept, you are ahead of 99% of all feed store shoppers in understanding feed quality. Particularly when feeding animals like pigs and chickens, if you remember to read the label and evaluate feeds you might use in terms of a couple of numbers you will save yourself a lot of time, money and frustration. Forget “crude protein.” There’s a reason it’s called crude. It doesn’t mean very much, really.

When “crude protein” is measured, it is a measure of how much nitrogen is in a given product. Now nitrogen can be very well utilized – think eggs and milk and meat and certain legumes as high quality sources of nitrogen, or it can be nearly worthless. Some kinds are not even digestible. Leather has a great crude protein content but is worthless as a feed, as you could guess. The fertilizer you put on plants is often high in nitrogen – and hence, protein — but if you fed it to your dog you’d be visiting the vet. In fact when the Chinese protein meal containing melamine killed all those pets a few years ago that’s exactly what went on. It was high in protein, but the nitrogen was in a form they couldn’t use, and it killed them.

So even if one feed is 16% crude protein, while another is 18% crude protein, can you safely assume that the 18% product is better for growing young animals, producing meat or eggs? Probably, but not always. But there is an easy way to choose which is better.

Without getting into all the technical reasons why this is so, let me burn this word into your mind. LYSINE. Lysine is the amino acid (the protein part) that is the most easily used by animals like us that have one stomach. People, pigs, chickens and other monogastrics need lysine to build muscles and fuel construction and repair projects in the body. Other amino acids are important, too, but if you just remember one word, make that one word “lysine.” Fortunately, by law that number is on the label as a percentage.

If you are choosing between a feed that is low in lysine – let’s just say it is .5% — against one that is higher in lysine, like .8%, the higher valued feed is not just a little better. It’s a whole lot better, because the animal is going to use up a set amount of that lysine just in staying alive. If that’s all that’s available, then the animal will stay alive but won’t have any leftover lysine to lay eggs or grow or perform like we want. Some activities take more lysine than others. Feeder pigs might need their lysine percentage to be up around 1% because they are growing. Adult sows at maintenance levels may squeak by at .5% because they are just hanging out between litters. But there’s a world of difference between those two numbers. For every percentage point increase there is a very significant gain in effect. A feed with a lysine content of .9% is going to be much, much better than a similar feed of .8%, and so on.

If you need for your feed to perform for you and do more than just keep the animal alive, consider using the feed with the higher lysine content. The higher the lysine, the higher the value to the pig or chicken or other monogastric animal. And it is an investment that will pay you back in a healthier, better producing animal. And it’s only one word to remember, one little amino acid. Lysine.

Stay up to date with all the things that are going on at Sharps Little Pig Town.